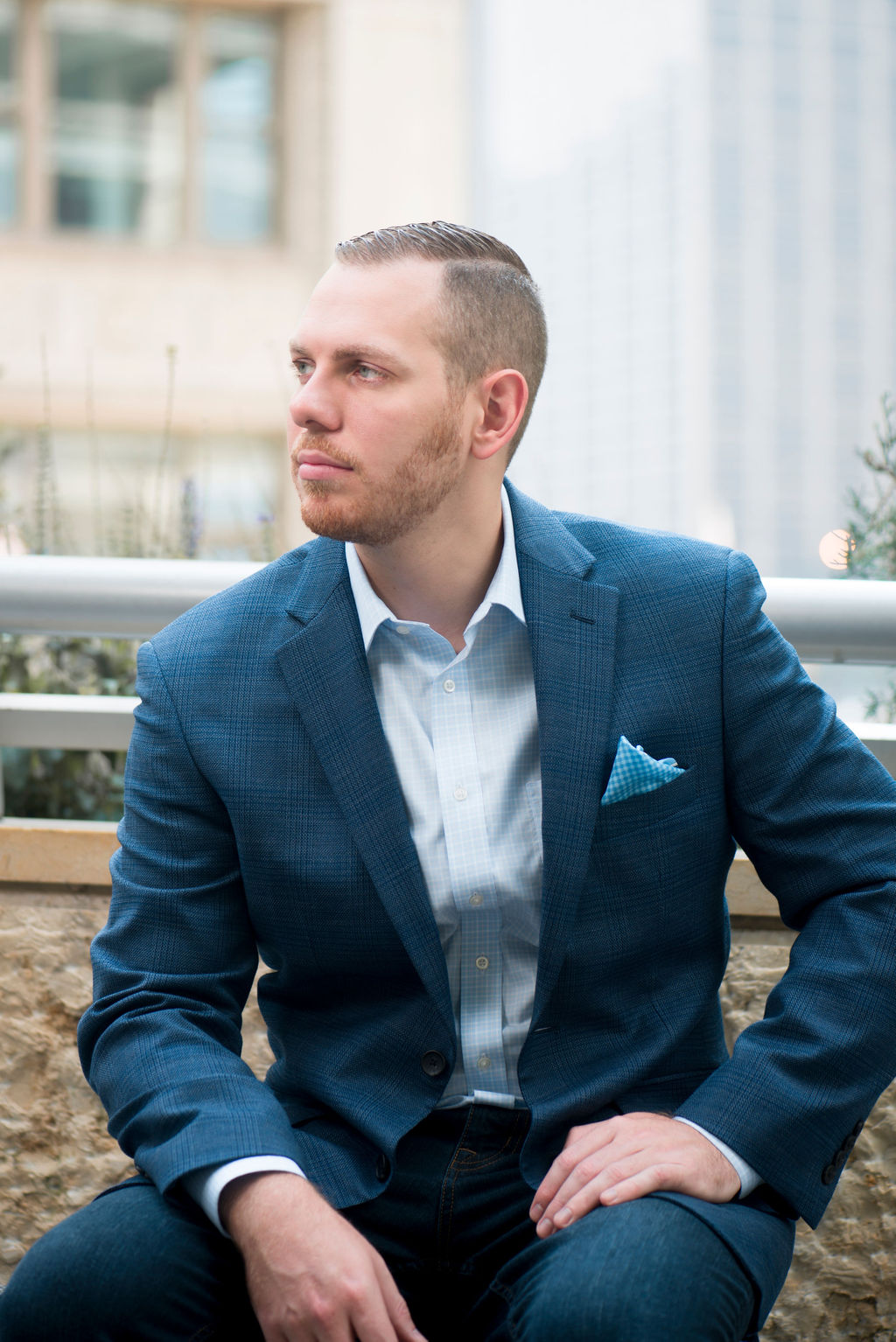 Frank McGovern is an Information Security Engineer in Chicago, Illinois.

The official title held is Information Security Engineer, however, the title does not hold every aspect of what Frank does where he works. Frank currently works for Walsh Construction, a large North American contractor (value: $6bil). Walsh Construction has roughly 4,000 users and are a complete Microsoft customer, including full E5 stack. This gives Frank a lot of valuable insight that he hopes to share with everyone else.

Frank’s job life started young, however, his professional life started at 17 when he joined the United States Marine Corps. During his years in the Marines, he was an 0231 – Intelligence Specialist. He worked for numerous units, most notably being MACG-28 and then worked for the G2 for 2nd MAW at MCAS Cherry Point and finally with VMU-2. Frank deployed twice to Iraq (2007: Al Qa’im and 2008: Al Taqaddum) with VMU-2 for ISR missions. What that means in laymen terms is that he was the intelligence analyst during drone missions. He told the drone pilots where to fly and what to look at as well as took photos, called in patrols or jets, relayed information to ground units, and wrote up mission reports on findings.

After the military, Frank worked at Best Buy Geek Squad, worked briefly for an Avaya reseller/installer, and then moved to Walsh Construction where he started on the help desk as an intern while attending school for his Bachelor of Applied Science in Information Systems Security. After graduating, Frank moved to the Infrastructure team of his organization as a Network Infrastructure Engineer. Finally, Frank is where he is now. In the Walsh Construction organization, cybersecurity falls under the infrastructure team for the time being while it matures.

As previously stated, Frank’s title says engineer, however, he has a unique aspect of being in a large organization with a small cybersecurity personnel footprint. Due to this, Frank aids in cybersecurity architecture, testing, implementation, and operationalization. He also currently is in charge of writing the organization’s cybersecurity policy. So he does everything from analyst work through writing policy that dictates how cybersecurity will exist in the environment.

In addition to my professional life, Frank also own an automotive detailing business called Chicago’s Dedicated Auto Detailing (Chicago’s DAD). He also moderates the largest unbiased automotive detailing forum in the world over at r/autodetailing. Frank believes a lot transcends between automotive detailing and cybersecurity. The blend of taking an environment that has been used by differing people and shows its changes over the years and correcting that utilizing differing processes, methods, and time are very similar at a high level.

Frank has also founded the cybersecurity defender conference called Blue Team Con. This is a conference focused on building an ecosystem of community and a strong lobby-con for those that work at organizations on the defensive side. This includes practitioners doing enterprise defense, but also Governance, Risk, and Compliance personnel and Application Security Developers as well.

All of this experience and his current position and dedication to cybersecurity has given him a lot of unique perspectives and he feels compelled to share those experiences to help others. There will be no set cadence for writing, but you can find out every time a new post is made by following Frank McGovern on Twitter. “I look forward to sharing a lot that I have learned and how to achieve cybersecurity maturity within an organization. I understand not everything may apply, but hopefully something helps” says Frank.

“As always, please critique me. I value learning. So, if I am wrong or my article could include more or be better worded, please leave a comment and let me know. I look forward to seeing you around!” he ends with.